With the progression of time the powers that be are seemingly obsessed with collecting as much data as possible in the shortest amount of time.

We'll brush over the transfer from Chain Surveys and Plane Tables onto Theodolites and Tacheometry, through handbooking of data onto on board data logging as these are gradually progressions of technology to achieve the same end goal....and geometrically accurate topographical survey.  You can argue the accuracies change, and presentation varies but the basis information remains intact.

In the mid 1980's Wham, Madonna and Simple Minds where all taking it in turns topping the charts, CD's were introduced, Coca Cola introduced New Coke, and GPS (Global Positioning System) was being made commercially available.  It wasn't until the late nineties and early noughties that Surveyors started accepting GPS as an every day essential as opposed to a very heavy luxury.  Even then the GPS wasn't used for much more than establishing site control, then monitoring and finally for surveying site detail in certain circumstances.  Then SmartNet reared it's head, and merged the growing mobile phone networks into the GPS to provide a reliable system for terrestrial land survey.

Take a look below, with the advent of GPS (Global Positioning System) and, in this instance, Leica's SmartNet.  90% of the survey shown was completed in one (long) site day by one Surveyor.  Using the SmartNET system our Surveyor was able to measure 3,500 individual points in one day to an accuracy of +/-15mm which is more than good enough for most survey requirements.  So was 3,500 points a lot, well yes when view historically at the time.  In 2000 a good days work would have been 450-500 points depending on the nature of the work (open field is quicker than a woodland, but a road is more point intensive).  By 2005/2006 this tally was closer to the 750-800 points, and then moving into 2010 anything less than 1000 points was seen as falling short....see targets everywhere but I'd rather have 500 accurate points, and a 1000 points with a higher degree of error!  By 2010 SmartNet was coming into commercial markets, and you can see the massive jump in points collected from 1000 up to 3,500-4,000.

The image below shows roughly what 4,000 points looks like, covering all the detail between the two roundabouts, and the roads to the north and south.  These we almost perfect conditions for surveying with the weather, and the network strength in our favour. 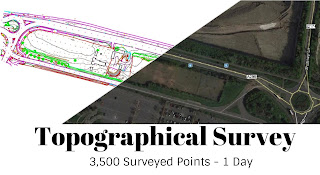 With GPS and SmartNet establishing themselves nicely the next step had started to evolve....3D laser scanning.  For the first time in Surveying evolution we were about to enter a realm of surveying too much information (if that is even possible).  Perhaps 'too much' is the wrong was to describe this.  If a total station is a sniper rifle picking up the bare minimum to reflect the ground on a 2D or 3D plan, then a laser scanner is more like a paint bomb covering everything and anything.  Recording everything within line of sight of the scanner, waiting for the Surveyor to get back to the office to trim out the superfluous data and produce the same 2D or 3D plan.  The benefits are there, if there are any queries the site has been captured in perpetuity and can be revisited to respond to any queries.  The Surveyor can spend less time on site, and can do the work from a safe (or at least safer) location without the need to get too close to the main road or cliff edge.  On the downside (for some) it means a lot more time in the office interpreting the data and developing it into a format which can be utilised by the end user.

Of course sometimes the new technologies and old methods do merge into one.  In the case below using the laser scanner (in this case a Leica C10) saved days on the site work, but this was offset by the additional office time required isolating the relevant information.  This 'sorting' of information was formally done on site using the Surveyors experience, they can survey only the relevant information.  The scanner take on a more global approach and picks up everything and in essence moves the elevation onto a computer for the Surveyor to work with.  Again a big selling point was the surplus data collection which could be called upon if additional information were needed at a later date...hasn't happened yet.  However three days in the office was far better than an additional three days on site in the rain!  SO in this case speed helped the Surveyor with no either or option when tendering for the works. 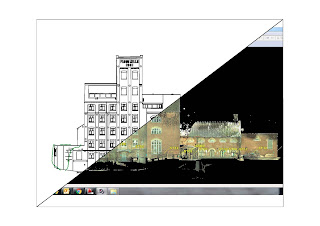 But why stop there, there are more developments coming through the system with drone and uav surveys, some work on the same principle as the laser scanner others create the information in a method similar to photogrammtry.  The end result in a full editable 3D model of the site - of all least that which can be seen from the air and is not buried in long grass or under the only parked car on the site.  The theory is good, and the practise is good but there are some issues.

So is surveying at speed a good thing for the industry.  In general I would say yes, it is impossible not to deny that collecting more data in less time is not a good thing.  Will the every increasing need to more data in less time make the Surveyor a dying bred...probably but for now at least the demand remains for the 'person with the pole' to fight/wade/crawl/climb/walk around sites getting to that hard to reach spots, and find that manhole in the grass that hadn't seen the light of day for many years which would have gone unnoticed from the air...but change is coming and we all have to be ready to evolve.

Eight years in and the idea of a monthly blog has somewhat fallen by the wayside.....but after commissioning a new website and discussing the requirments with the developer it seems getting our blog back on track could be worth the effort, but I suspect we won't be anywhere as near prolific as when we first started....a severe case of writers block, and a grwoing client base to keep happy, but here goes.....

Over the coming year look out for the following:-

1) Surveying at Speed - A look at the advantage and disadvantages of drones and laser scanning.

2) Another Box Ticked...but is it worth it - Looking into the relevance of some specifications

3) After the Surveyor has gone - more of a retrospective look at a few sites we have worked on to see what has happened since.

4) Authors of Our Own Downfall - with a growing shortage of Land Surveyors available do we only have ourselves to blame?

It's out there now I'm commiting to a quarterly blog, I would ask for submission of other papers but I feel it will fall of deak ears.

For more information on the services R L Surveys can offer please visit our website at www.rlsurveys.co.uk, or for a more relaxed view we can be found on Facebook, or Twitter.  We are also on LinkedIn, so pop along and say hi. #rls
Posted by R L Surveys No comments: 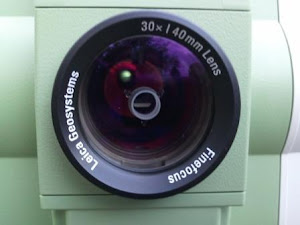